Why is Confession Important? 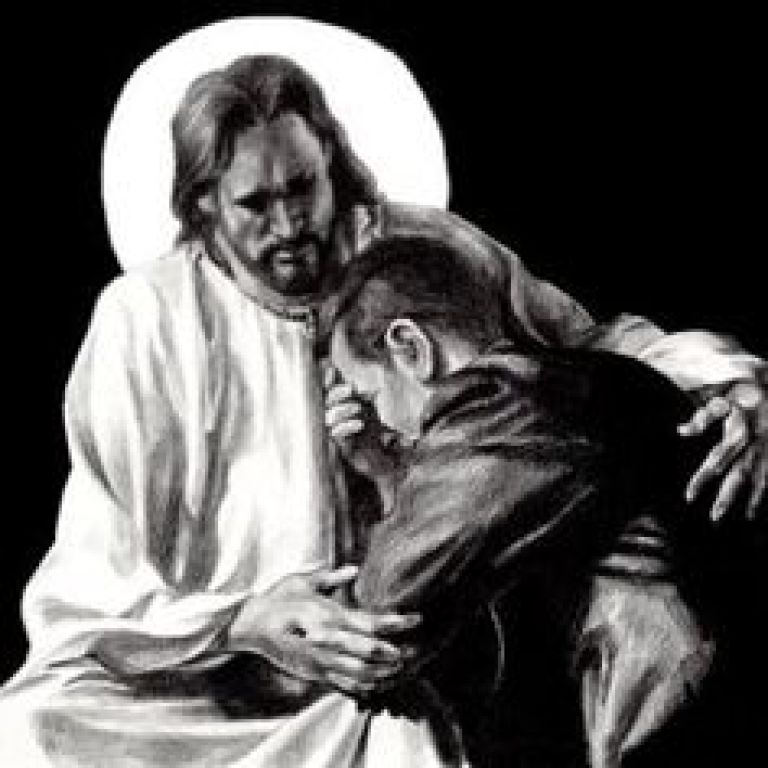 Why is Confession Important?

“On the evening of that first day of the week, when the doors were locked, where the disciples were, for fear of the Jews, Jesus came and stood in their midst and said to them, “Peace be with you.” When He had said this, He showed them His hands and His side. The disciples rejoiced when they saw the Lord. (Jesus) said to them again, “Peace be with you. As the Father has sent me, so I send you.” And when He had said this, He breathed on them and said to them, “Receive the Holy Spirit. Whose sins you forgive are forgiven them, and whose sins you retain are retained.” ~John 20 19-23

It is true that at Baptism we are freed from all of our sins, but we fall into sin afterward, John 1:8: “If we say we have no sin, we deceive ourselves and the truth is not in us” Baptism is our initial place for conversion, but we are called to continual conversion. (CCC 1427-1429) Only God can forgive sins! (Mark 2:5-12- Jesus heals the paralytic) Jesus gives this power to forgive sins to the apostles at the Last Supper (John 20:21-23: “binding and loosing”) and this power is passed down through Holy Orders (CCC 1441) It is through this “ministry of reconciliation” that we become new creations in Christ (2 Corinthians 5:17-20)

Christ gives us the Sacrament of Confession where we have to confess our sins to a Priest who is standing in for Christ. (in persona Christi) By confessing our sins we come to terms with what we did and it does remind us of our weakness and God’s grace. It is also important to note that as Catholics we are all united as the body of Christ and even though our sins may seem personal or it may seem like we can just confess them to God on our own, the act of going to the Sacrament of Confession is a sign that we realize that the consequences of our sin reach the whole body and we are taking action to restore our relationship with the Church. The Sacrament of Reconciliation accentuates the communal nature of our sinfulness and reconciliation. It helps us grasp that we are responsible for our lives, for how we think and act. This Sacrament forces us to see that we are not isolated individuals but members of the body of Christ and the human family. Our sin injures that body and violates the integrity of others. Therefore, conversion entails both God’s forgiveness and reconciliation with the Church (CCC 1440) C.

No sin is too big for Christ to forgive; He wants to make you white as snow!

Sometimes we feel because we are repeating the same sins in the confessional, it's not worth going but remember change happens little by little and we should not be discouraged. Heaven rejoices over one sinner who repents! Did you know that? When you leave the confessional you are filled with sanctifying grace and sanctifying grace is God's gift to us and what we need to enter heaven. Without it, we are lost. Remember the Saints also were sinners like us yet they saw the error of their ways, remained true to God, true to the Church and true to the forgiveness of sins.

St. Augustine is probably the most famous saint with a sinful past, which is rather surprising since his own mother (St. Monica) was a devout Christian. Augustine rejected his Christian upbringing to live a life of hedonism and constant partying. (He once famously prayed, “Grant me chastity, but not just yet!”) He fathered an illegitimate son with his young mistress, whom he abandoned at the prospect of marrying an heiress. Yet his holy and devout mother never gave up, constantly following him and urging him to repent. Eventually, her persistence paid off, and Augustine became a Priest who related his story in a volume titled Confessions, which is still widely read and referenced today. St. Augustine is considered a Doctor of the Church, imagine that!

St. Angela was recently canonized by Pope Francis, but she spent most of her life seeking wealth, material possessions and pleasure. Angela was born into a wealthy Italian family and married a man of high social standing. She had several children but was more interested in acquiring wealth and status then caring for her family. At around age 40, she experienced a conversion and realized how empty and shallow her life had become. Sadly, just three years later, Angela’s mother, husband, and children died. She sold all her worldly possessions and joined a secular Franciscan order, founding a women’s religious group to serve the poor.

St. Dismas whom most Christians know by a different name—“The Good Thief.” He is mentioned in the Bible as one of the two men crucified with Jesus who asked him, “Remember me when you come into your kingdom.” (Luke 23:42) The Bible does not say what crime he committed, only that he was a thief. However, he must have committed a heinous crime in order to be punished by crucifixion. He is given the name Dismas in Catholic tradition. The story of Dismas in the Bible shows us that even at the moment of death, repentance and forgiveness are possible.

If you haven't been to Confession in a couple of months or years, have no fear, God is waiting for you. Try to make a good examination of conscience to help you recall your sins because sometimes we do forget them and seek Confession as soon as possible.  Visit http://www.ncregister.com/info/confession_guide_for_adults to read more about the examination of conscience.

Remember, Jesus said, "Nothing you confess, could make me love you less.!"