The Importance of the Mass 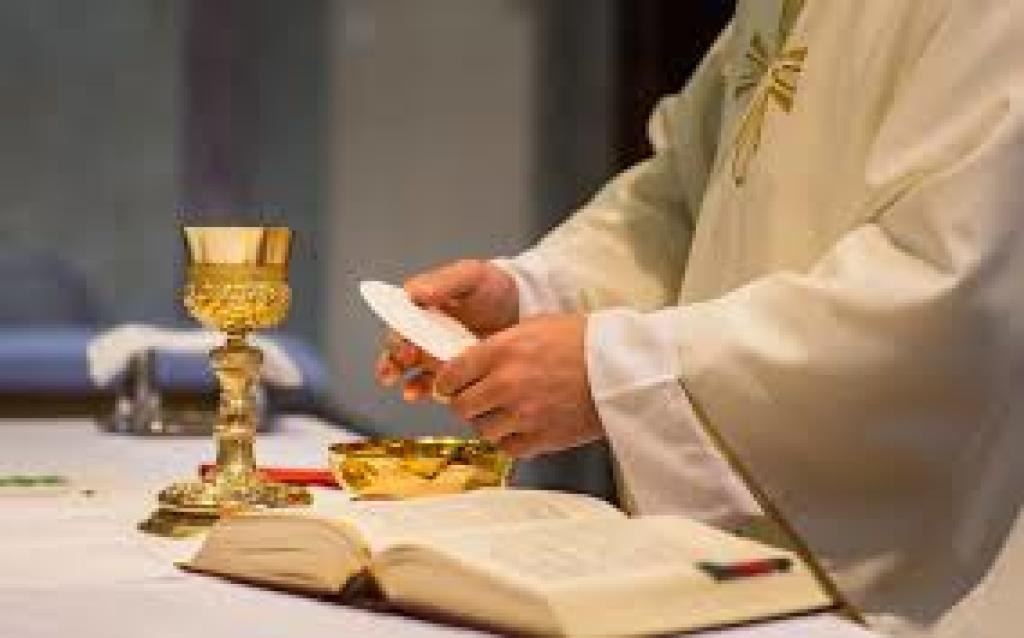 1. The Mass is Calvary continued.
2. Every Mass is worth as much as the sacrifice of Our Lord's life, sufferings, and death.
3. Holy Mass is the most powerful atonement for your sins.
4. At the hour of death, the Masses you have heard will be your greatest consolation.
5. Every Mass will go with you to judgment and plead for pardon.
6. At Mass, you can diminish more or less temporal punishment due to your sins, according to your fervor.
7. Assisting devoutly at Holy Mass you render to the Sacred Humanity of Our Lord the greatest homage.
8. He supplies for many of your negligences and omissions.

9. He forgives the venial sins which you have not confessed. The power of Satan over you is diminished.
10. You afford the souls in Purgatory the greatest possible relief.
11. One Mass heard during your life will be of more benefit to you than many heard for you after your death.
12. You are preserved from dangers and misfortunes which otherwise might have befallen you. You shorten your stay in Purgatory.
13. Every Mass wins for you a higher degree of glory in Heaven.
14. You receive the priest's blessing which Our Lord ratifies in Heaven.
15. You kneel amidst a multitude of holy angels, who are present at the Adorable Sacrifice with reverential awe.
16. You are blessed in your temporal goods and affairs.

In eternity we shall fully realize that it was certainly worthwhile to have assisted at Holy Mass daily. Pray for priests that they may offer the Mass with holy love and reverence.

"The Mass is the most perfect form of prayer!" (Pope Paul VI)
For each Mass we hear with devotion, Our Lord sends a saint to comfort us at death (revelation of Christ to St. Gertrude the great).
Padre Pio, the stigmatic priest, said, the world could exist more easily without the sun than without the Mass.
The Cure' d' Ars, St. Jean Vianney said, if we knew the value of the Mass we would die of joy.
A great doctor of the Church, St. Anselm, declares that a single Mass offered for oneself during life may be worth more than a thousand celebrated for the same intention after death.

St. Leonard of Port Maurice supports this statement by saying that one Mass before death may be more profitable than many after it.
"The Holy Mass would be of greater profit if people had it offered in their lifetime, rather than having it celebrated for the relief of their souls after death." (Pope Benedict XV).
Once, St. Teresa was overwhelmed with God's Goodness and asked Our Lord, "How can I thank you?" Our Lord replied, "ATTEND ONE MASS."

The Blessed Virgin Mary once told Her faithful servant Alain: "My Son so loves those who assist at the Holy Sacrifice of the Mass that, if it were necessary He would die for them as many times as they've heard Masses."
"Jesus, Mary, I Love You, Save Souls"
For more information visit: healwithgrace.com
Share this page on