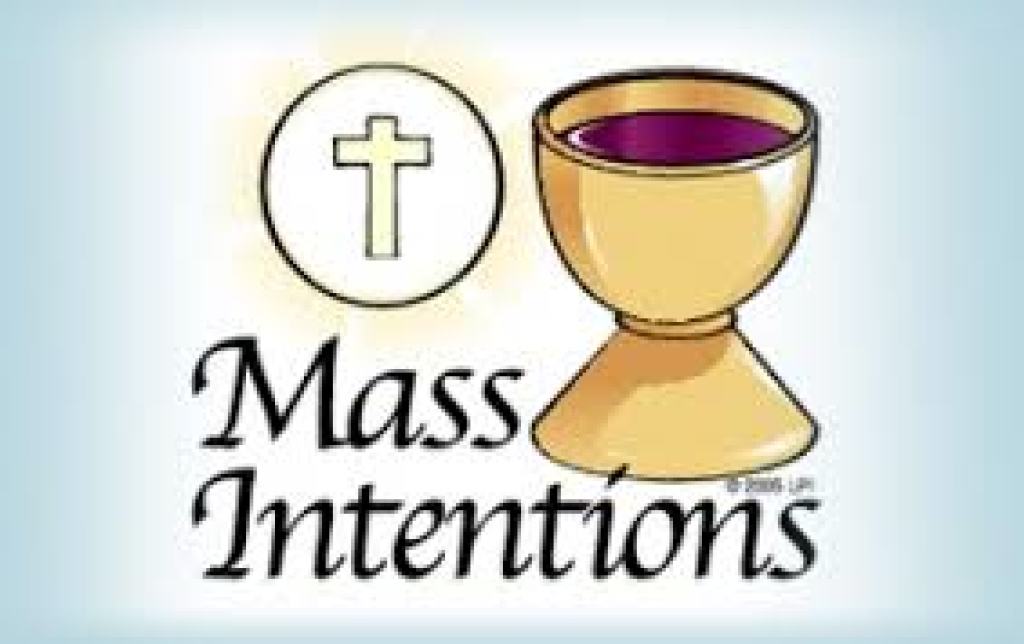 Why do we have Mass Intentions?

An individual may ask a Priest to offer a Mass for several reasons: for example, in thanksgiving, for the intentions of another person (such as on a birthday or anniversary), or, as is most common, for the repose of the soul of someone who has died. One must never forget the infinite graces that flow from the Sacrifice of the Mass which benefit one’s soul.

Please keep in mind that the tradition of offering Masses for others, particularly the dead, originates in the very early Church. Inscriptions discovered on tombs in Roman catacombs of the second-century evidence this practice: for example, the epitaph on the tomb of Abercius (d. 180), Bishop of Hieropolis in Phrygia, begs for prayers for the repose of his soul.

Therefore, the effects of the Mass bring certain benefits or fruits. The general fruits of the Mass are the effects upon the whole Church, to the living faithful as well as the poor souls in purgatory. For this reason, in the Canon of the Mass (the Eucharistic Prayer), a special mention is made for both the living and the dead.

The special personal fruits of the Mass benefit the celebrating Priest who acts "in persona Christi" (at Mass, when the Priest says “This is my Body,” it is Christ who speaks the words through the Priest's mouth) in offering the Mass and to the people who are in attendance and participate in the offering of the Mass.

Why a Mass Stipend?

It is a voluntary donation whose origins go back to the early Church when stipends were made during Mass. Any Priest who celebrates and applies Mass to a particular intention may receive a stipend. When a Priest accepts a stipend he incurs a grave obligation in justice by virtue of a gratuitous contract, and he is bound to apply the Mass according to the conditions imposed and accepted. The amount of the stipend is determined by the Diocesan standard, which must be observed by all Priests, Diocesan and religious. The stipend for 1 Mass intention at St. Joseph Church is $10.00.

Benefits of having a Mass said for the departed or living

In light of the saving work of Our Lord Jesus Christ, we believe that when a person dies, he faces his particular judgment and must render an account of his life. If that person has died fundamentally believing in God and in a state of grace, but with venial sins and the hurt caused by sin, then God in His divine love and mercy will first purify the soul. After this purification has been completed, the soul will have the holiness and purity needed to share in the beatific vision in heaven.

The faithful here on earth can help those souls undergoing purification by having a Mass said for them. When we face the death of someone, even a person who is not Catholic, to have a Mass offered for the repose of his soul and to offer our prayers are more beneficial and comforting than any other sympathy card or bouquet of flowers.

Though we often think of having a Mass said for those who have passed away, Masses can be offered for those who are still alive. The Council of Trent says that Mass may be said "for the living and the dead, for sins, punishments, satisfactions, and other necessities." In other words, if you know someone who could benefit from the spiritual graces that come with having a Mass said on their behalf, there is no need to delay in doing so. Pope Benedict said, "The Holy Mass would be of greater profit if people had it offered in their lifetime, rather than having it celebrated for the relief of their souls after death."

So next time when you can't think of what to get Aunt Betty or Grandpa Joe for their birthday, or maybe you know a young couple about to embark on their journey together in Holy Matrimony or maybe it's someone's anniversary, how about having a Mass said for them? What a fabulous gift filled with many graces!!! If you'd like to have a Mass said for the living or the departed, please contact Mary Jean at the Parish Office at 638-6211 ext.1  I hope in reading the above facts, you walk away with a better and deeper understanding of Mass intentions. God bless.